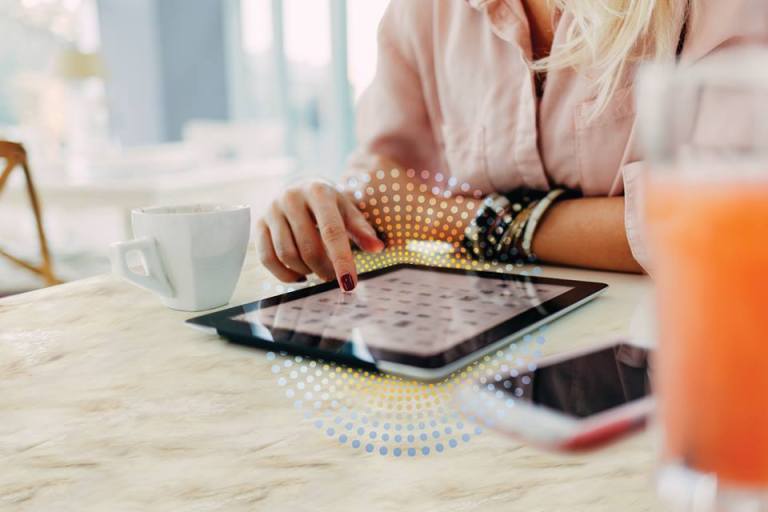 There’s something in the air of the wireless charging world and no, it’s not RF waves. It’s excitement. Ever since Apple stepped into the game by joining the Wireless Power Consortium back in March, the entire industry has been at the ready. According to JPMorgan, Apple’s analyst, Broadcom will provide wireless chips for the iPhone 8 and the new iPhone will be dual-compatible with both leading wireless charging standards.

For the wireless charging industry at-large, Apple’s involvement is monumental. It represents a coming of age for the industry. It is the defining occurrence that will take wireless power from a niche market to a mainstream reality; the tide that will raise all ships. The proliferation of iPhones in the market ensures that wireless power will finally have its debut on a worldwide stage. For the wireless power industry it is reason to celebrate hard work and effort coming to fruition.

For me, it’s the first step. Over a decade ago, I founded Powermat, the first wireless charging company. The industry had yet to begin to bubble up but the trend toward ever-increasing functionality and societal reliance on mobile technology was apparent. Even ten years ago, when smartphones weren’t half as ‘smart’ in terms of diverse battery-sucking tasks they could accomplish, battery power was always the fly in the ointment. How to power all that power?! Building an ecosystem of places where consumers could get “charged” made sense then and it still does. Add to that a cloud based interface that personalizes and enhance an individual charging experience and you have the Powermat market proposition.

But there is and always was so much more. The dream that moved me to action so many years ago, involves nothing less than a complete transformation of the entire landscape from the way that we transmit power to the way that we receive it and interact with it. The first upgrade to the original power delivery/consumption paradigm since electricity was first commercialized almost 100 years ago. A wireless world.

The dream of a wirelessly powered world is the next phase in the evolution of the history of power. In the wireless world, we no longer plug a cord into a socket to receive power but instead interact with power sources that are seamlessly interwoven into our daily lives, daily routines and activities. Our everyday devices – from can openers to TVs, refrigerators, electric toothbrushes and anything else that would ordinarily be plugged into a wall socket are powered wirelessly, through the environment.

If it sounds like science fiction, I invite you to come visit my home in Israel (not all at once) where my house…the place I live everyday with my wife and children…has been wirelessly enabled for years. In my house I charge my phone by placing it on the night table in my bedroom. My toaster, blender, and coffee maker are powered directly from the marble countertop on which they sit. And when the batteries in my kids’ toys need recharging, I toss them into the wireless charging-enabled toy chest. Wireless charging, based on the non-combustible scientific proposition of magnetic induction can be seamlessly embedded into the framework of any house to “magically” enable any electronic device through interaction with its environment.

The world of wireless charging is still in its infancy. Apple may be the key to reaching the moon but the universe is vast. We have already welcomed industry giants including Starbucks, General Motors, and Samsung into the wireless charging arena. For Starbucks it’s a no-brainer since its customers have always used its cafés in any number of ways beyond buying coffee. For many, it’s their home office, for others it’s their place to get away and have some time to themselves. More and more customers are using Starbucks as their home base and they are looking to recharge in a comfortable, easy atmosphere. The national rollout of Powermat wireless charging in Starbucks stores is well underway and the response has been overwhelmingly positive.

The same goes for GM cars. Our cars have become our second homes. General Motors’ decision to add wireless charging to over 1M vehicles is moving the dial on ubiquity when it comes to accessing wireless power. The opportunities for manufacturers and retailers from industries ranging from construction to communications, home appliances and housewares, to work together in designing and building wireless designs that operate on wirelessly -enabled surfaces is as disruptive a premise as it gets. But it is inevitable. The results will be the creation of entirely new consumer experiences, usage patterns and lifestyle habits.

The wireless charging world is the next phase in the evolution of the history of power. The Powermat platform brings the ioT concept to life by interconnecting the entire home environment through Powermat-embedded walls, floors, countertops and desktops that transmit wireless power and data for complete home automation.
Powermat wireless power and data are sent only when an electronic “handshake” occurs between the surface and the device. Energy and data are transferred wirelessly in this intelligent system so that everyday devices – from coffee makers to blenders to TVs, and anything else is powered through the environment and can be controlled remotely through the Powermat embedded framework of the house.

Wireless charging based on magnetic induction, with its minimal interference and ubiquitous availability is the key to powering the automated environment. The relevancy of wireless charging is only beginning to be mined. That is the true promise of wireless power.

Back To Blog
Our press

New Perspectives on the Canvas – The Connection between Art and Innovation

Art is an important part of my life and if there is anything I would recommend to an aspiring innovator, is to bring more art into their lives and try to look at problems from an artist’s point of view

This Month, Ask the Women in Your Life Just One Simple Question

October is Breast Cancer Awareness Month, and I would like to take this opportunity to ask each one of us to support the women in our lives by encouraging them to get tested.

The New Normal and the Post-Coronavirus Self

Since the coronavirus outbreak began, I feel that our “normal” has been turning into a “new normal”- a new baseline that is far from our pre-corona comfort zone, and I doubt that we will return to everyday life as we knew it. The new normal has torn us apart and intensified the use of technologies that help us mask our real selves. Our lives have changed in ways we are not fully aware of: our interaction with other people, our self-perception, our understanding of the world and our place in it - have all shifted.